Assessing the relative efficiency of commercial banks in the Republic of North Macedonia: DEA window analysis

The aim of this paper is to assess the relative efficiency of commercial banks in one developing country, i.e., the Republic of North Macedonia by using the data envelopment analysis (DEA) technique - window analysis. The selection of  inputs and outputs plays a key role when applying DEA for assessing the efficiency of decision-making units (DMUs). In the conducted research two inputs and two outputs have been selected. The sample consists of 14 commercial banks and the period that is being observed is an eleven year span from 2007 to 2017. According to the average efficiency score for the whole observed period, the most efficient bank belongs to the group of large banks, which simultaneously shows the highest efficiency. The banking sector in the Republic of North Macedonia, as a whole, showed the highest efficiency in 2007, and the lowest efficiency in 2011. 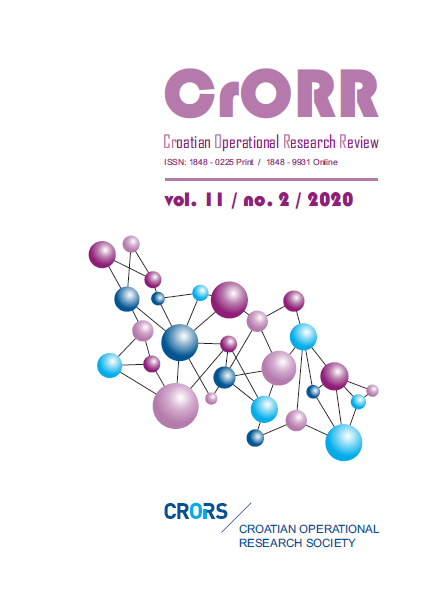