From Croatia to Transylvania: War, Migration and Adaptive Strategies in the Case of the Perušić Family (15th–17th Centuries)

The article gives the history of the noble Croatian family Perušić, following the life and career of its main male representatives in three generations, from its emergence in sources in the mid-15th century up until its extinction in male line in 1603. All three men – Gaspar (Gašpar) the Elder, Gaspar the Younger and Matthew (Mate) – had primarily military career, leading the cavalry units and fighting either the Turks or other Christian nobles in civil wars which burdened Croatia, Slavonia, Hungary and Transylvania from the late 15th to early 17th centuries. Gaspar the Elder was the vice-ban of Croatia-Dalmatia and is a relatively well-known figure in Croatian historiography, while the lives of his son and grandson are thoroughly researched for the first time in this article. Gaspar the Younger, initially a supporter of the Habsburgs, was fighting the Ottomans in Croatia until 1532, with significant success, and was later engaged in civil strife in Slavonia, changing the sides he supported several times. He finally opted for King John Zápolya circa 1538 and migrated to Zápolya’s realm, settling finally in Transylvania where he gained many estates and served several de jure and de facto rulers, including another fellow-Croatian – bishop of Oradea, George Martinuzzi (Juraj Utišenović Martinušević). His son Matthew, the last male member of this line of the Perušić family, spent his lifetime as military commander of various Transylvanian rulers, almost always joining the winning side in the conflict and gaining the house in informal capital – Alba Iulia. He died in a battle in 1603, survived by his sisters’ (Catherine and Anna) descendants. 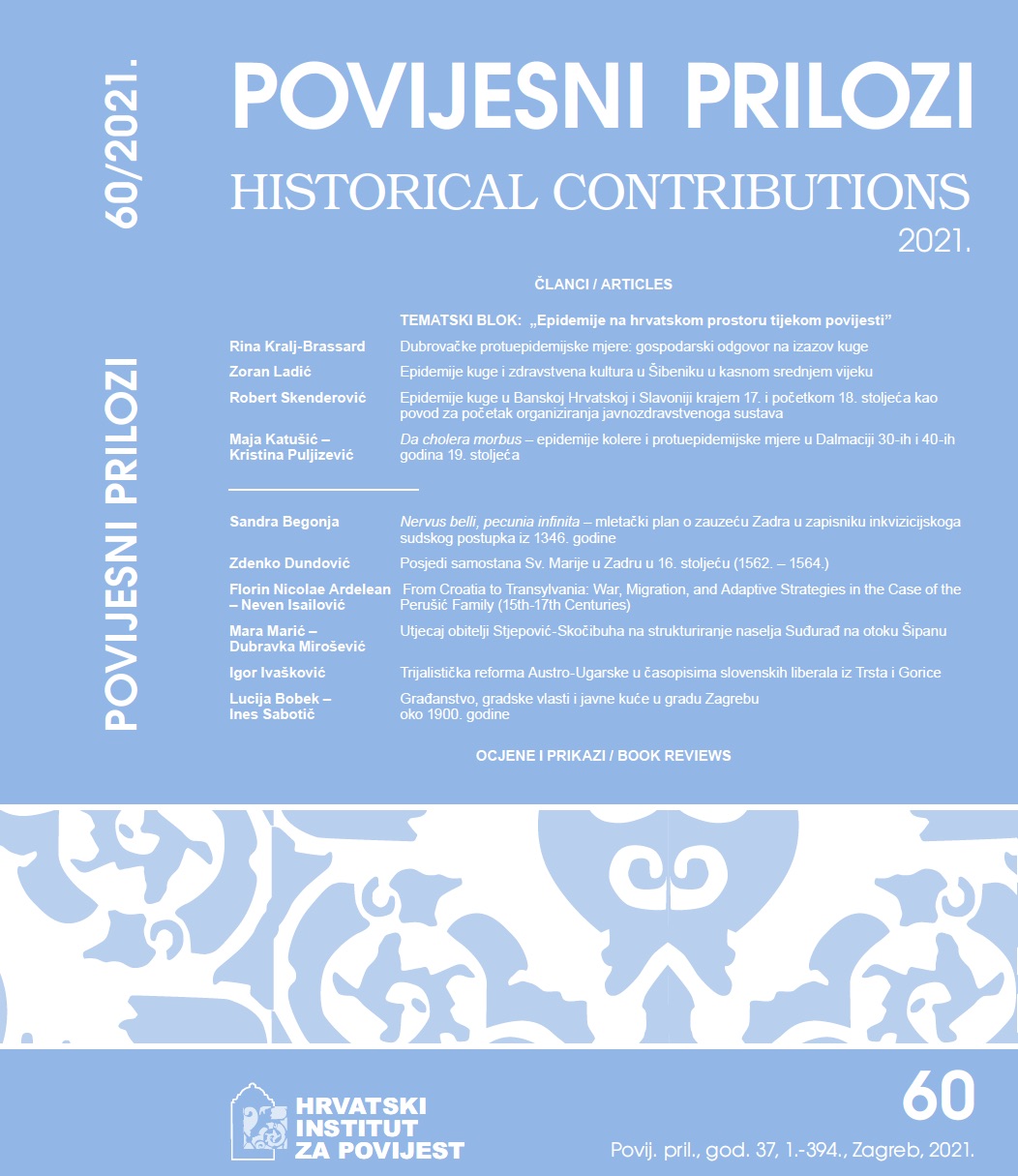